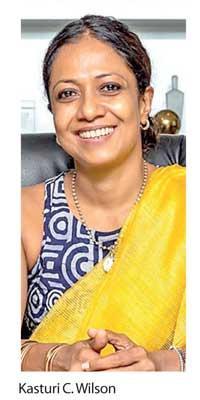 The diversified consumer goods group reported earnings of Rs.2.16 a share or Rs.1.29 billion for the July-September quarter, on revenues of Rs.17.4 billion, each up more than 520 percent and 10 percent, respectively, from the comparable period in 2019.

The group attributed the stellar performance to the recovery seen in the economy, its agility to adapt to the changing consumer needs and the cost savings realised from the lean and efficiency initiatives deployed across the group since the onset of the pandemic.

“The quarter under review (also) witnessed a strong recovery from the subdued performance of the preceding quarter, with a revenue growth of 34 percent and an operating profit growth of Rs.1.6 billion, indicating the resumption of business activities to near normal levels for most of the businesses in the group, which were affected by the first wave of the COVID-19 pandemic,” said Group Chief Executive Officer Kasturi C. Wilson.

Hemas was one of the few entities that stood to benefit largely from the pandemic, due to its defensive cash flows from its pharmaceutical manufacturing and distribution business, fast-moving consumer goods—with a focus on home and personal care products— logistics business and its eponymous chain of hospitals in Wattala and Thalawathugoda.

The healthcare segment reported revenues of Rs.9.3 billion in the quarter, compared to Rs.7.7 billion in the year earlier period while the operating profit rose to Rs.935.8 million, from Rs.583.2 million.

The pandemic threw a flywheel into this segment, as the company onboarded innovative drugs, opened distributional channels while “pharmaceutical manufacturing segment Morison experienced a strong rebound in the second quarter, with the easing of countrywide lockdowns and also through the prioritisation of medical supplies to the government,” a Hemas statement said. “Over the Counter (OTC) segment of Morison experienced a growth in demand for its own brands against the corresponding period last year, as the consumers invested more in preventative healthcare, contributing positively towards the performance of the sector,” it added.  Meanwhile, the hospitals business also normalised during the quarter, with more patients opting for previously postponed elective surgeries while the patient occupancy at both hospitals reached 57 percent, the company said.  Consumer business reported revenues of Rs.7.5 billion during the quarter, compared to Rs.6.8 billion in the same period last year while the sector operating profit rose to Rs.1.14 billion, from Rs.614.6 million in the year earlier period.  The long overdue shift in consumer preference towards personal hygiene and home care products stoked by the pandemic, pulled more products from the company in both modern and generate trade sectors.

“Our personal wash brand ‘Shield’, which was launched to meet the growing demand for products with anti-bacterial and germ-killing properties, continued to be well received in the market, expanded into the hand sanitiser and hand wash spaces,” the company said.

“Atlas launched the first-ever anti-bacterial stationery range at Colombo International Book Fair, re-emphasising its ability to keep up to the emerging market needs. Reopening of schools remains the single most decisive factor for Atlas in influencing the performance of ensuing quarters of the financial year,” it added. The decline in global trade volumes and drop in passenger for air travel weighed on the group’s maritime and logistics segment but the domestic logistics witnessed an uptick in demand due to “businesses and end consumers showing interest in non-conventional logistics and distribution solutions, which I believe is a phenomenon which will hold true for the future,” Wilson said.