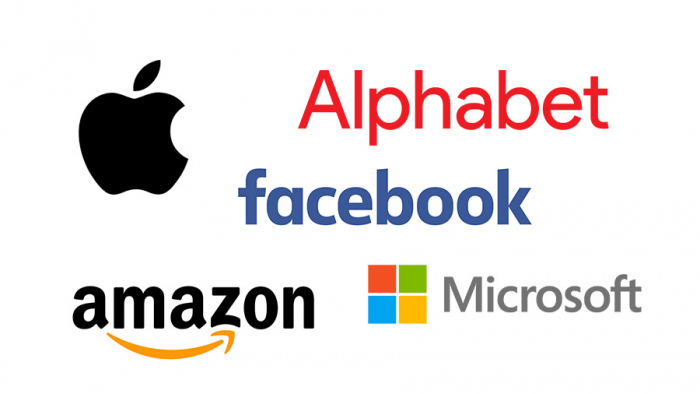 The five biggest tech firms, Amazon, Apple, Alphabet, Facebook, and Microsoft, lost a combined $416.63 billion in value as the markets continued to crater on coronavirus fears and economic uncertainty.

Shares of Apple plunged 9.88%, Facebook fell 9.30%, Alphabet dropped 8.2%, Amazon fell 7.98% and Microsoft dropped 9.48%, as investors continued to worry about the spread of coronavirus and its potential impact on the economy. They had been among the biggest contributors to the market’s extended rally that lifted the S&P 500 to a record just last month.

It was a bigger drop than on Monday, when the big five lost a combined $320 billion before recovering some of those losses during the week.

Investors seem to be most concerned about how much consumers and businesses will cut back on spending if the economy goes into a recession. There are additional concerns about supply chain constraints on product manufacturing. Apple in February warned that it does not expect to meet its second-quarter forecast for revenue, for example.