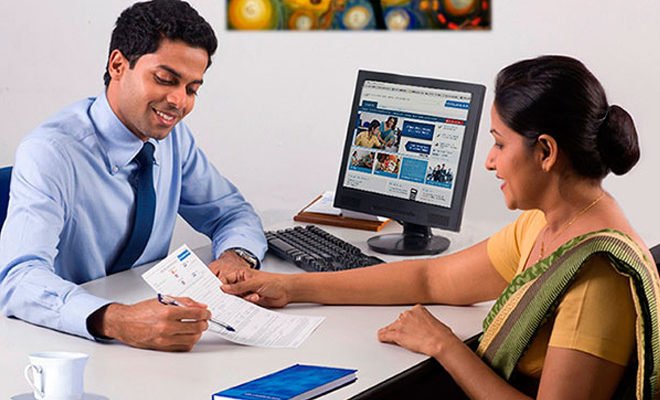 Commercial Bank of Ceylon, Sri Lanka’s largest private lender is ready to support borrowers whose cashflows would be hit in a worse than average disruption from the COVID-19 Coronavirus pandemic, a top official said.

President Gotabaya Rajapaksa had called on banks to halt collections of working capital loans for six months in response to the disruptions from the coronavirus.

“However, if there is a requirement for further support for a customer, we are willing to accommodate it.

“We as a bank have a duty to collect our loans, but we gave those loans based on assumptions, and now those assumptions have changed in the new environment.”

“We understand that cash flows of our borrowers have been affected under the coronavirus outbreak. Some have had their businesses disrupted over a month ago, while others won’t see the impact until six months later.”

“So, we ask our customers to write to us, clearly stating all of their problems in servicing loans, and we will look at even 8 or 12 month moratoriums if they are required.”

The bank would look at the exact requirements of each borrower based on their unique situations, Renganathan said.

By Monday evening, President Rajapaksa had extended the moratorium to credit cards, apparel and tourism industries and to small and medium-sized businesses.

Commercial Bank had stopped collection calls for overdue loans a week earlier, Renganathan said.
Sri Lanka has been under an island wide curfew since Friday to stop the spread of the coronavirus, which has also hindered loan collections and denying services to customers who depend on brick and mortar banking branches. See Also

Commercial Bank and its peers have encouraged customers to switch to digital transactions through call centres, or ATMs when the curfew lifts for 8 hours on Monday and Tuesday, while practicing government-recommended social distancing and hygiene if visiting branches.

The tourism industry, currently at a standstill, had been under a loan moratorium until March 31 to recover from the April 2019 Easter bombings, and large number of small and medium-sized enterprises were just starting off a moratorium to help the economy recover when the pandemic hit.

Renganathan said Commercial Bank would look at giving relief to such borrowers as well.

While automated systems would transfer performing loans to non-performing loans if three instalments are in arrears, which would hit bank profitability, Renganathan said Commercial Bank is hoping to have talks with the Central Bank on whether the system could be changed for the duration of the crisis.

Banking sector non-performing loans had risen to 4.7 percent at end- 2019 from 3.4 percent a year earlier and 2.5 percent at end-2018 due to a lengthy period of low growth coming from two currency collapse, as the central bank targeted interest rates with liquidity injections.

Meanwhile, Banks are also discussing the possibility of charging lower commissions on services such as cheques, and delaying penalties on credit card arrears to help the nation overcome the crisis, Renganathan said.

So far, banks’ liquidity is sufficient to meet interest on deposits, which are being fulfilled on time, Renganathan said.

“Banks maintain a liquid asset ratio of 20 percent, and some banks like Commercial have 30 percent. So there are no liquidity shortages yet.”

“There is some concern on how fast the country bounces back to normalcy. The government and the team of experts working on the crisis are doing a marvellous job, so there is no issue yet.”

The government has promised to give 46 billion rupees in interest arrears to banks over senior citizens scheme, which would help liquidity.

If there are signs of the nation bouncing back from the pandemic by end-April, Commercial Bank could see an 8 percent growth in credit for 2020, Renganathan said.

“There are still a lot of people looking to grow their businesses and there are some infrastructure projects as well which we would like to finance,” he said.

Before the latest crisis, the central bank had hoped for private credit to grow 12-13 percent in 2020, with both a fiscal and monetary stimulus package to jump-start the economy, which was growing at just over 2 percent.

Renganathan said the government has helped facilitate the smooth operation of banks’ internal processes during the crisis, and Commercial Bank has allocated more of its staff into call centres and clearing transactions, especially at a time when monthly salaries are usually remitted.

Meanwhile, the banking working group which is working with the government to ensure the operation of essential banking services during the pandemic has also additionally forwarded a set of proposals to the central bank to help reduce the burden on banks during the crisis, he said